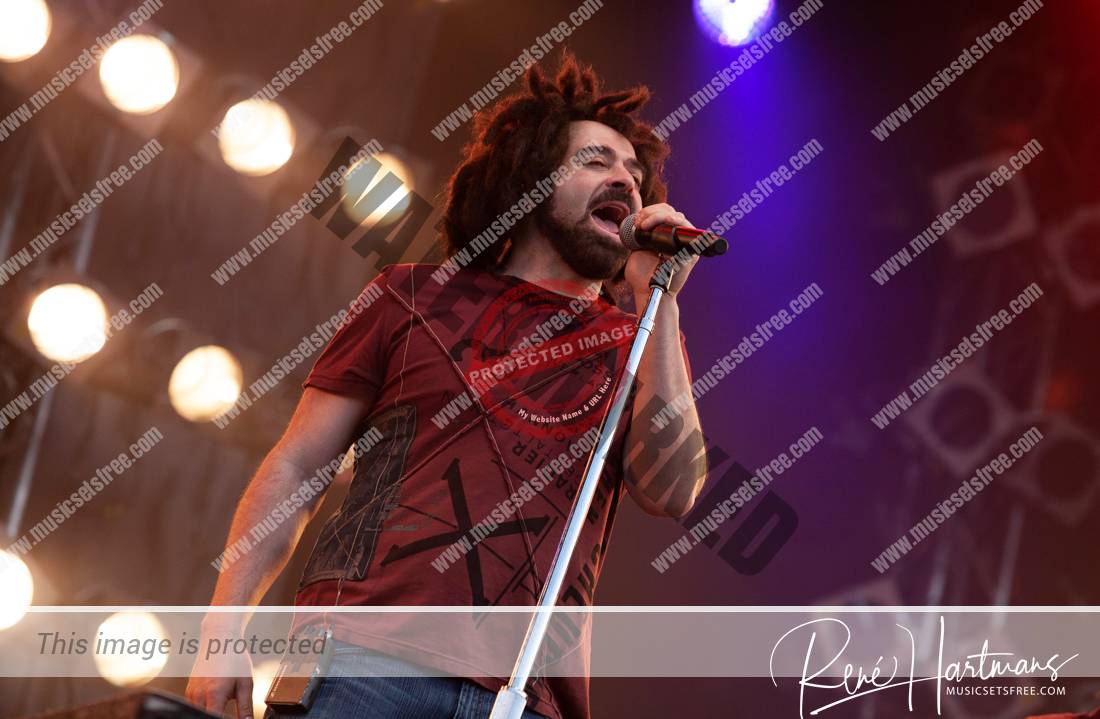 Counting Crows gained popularity following the release of its debut album, August and Everything After (1993). Featuring the breakthrough hit single “Mr. Jones” (1993), the album sold more than seven million copies in the United States. The band received two Grammy Awards nominations in 1994, one for Best Rock Performance By A Duo Or Group With Vocal (for “Round Here”) and one for Best New Artist. Other hit singles include “Rain King”, “A Long December”, “Hanginaround”, and a cover version of Joni Mitchell’s “Big Yellow Taxi”. Counting Crows received a 2004 Academy Award nomination for the single “Accidentally in Love”, which was included in the film Shrek 2. The band has sold more than 20 million albums and is known for its dynamic live performances.