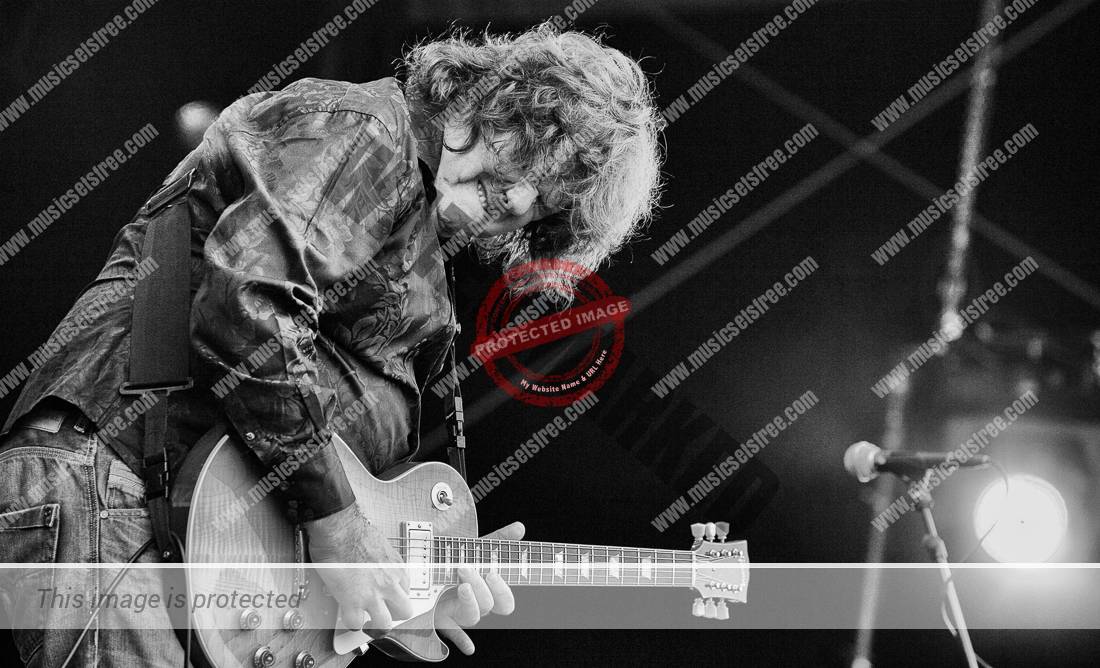 During his teenage years in the 1960’s, Moore played in the line up of a number of local Belfast based bands, before a move to Dublin, Ireland, after being asked to join the Irish band Skid Row, whose soon to depart lead singer, was one Phil Lynott. Later on, Moore could be seen playing in the likes of Thin Lizzy and British band Colosseum II, as well as having his own, highly successful solo career split between the genres of heavy metalband blues. Moore shared the stage with such blues and rock musicians as B.B. King, Albert King, John Mayall, Jack Bruce, Ginger Baker, Albert Collins, George Harrison, and Greg Lake.