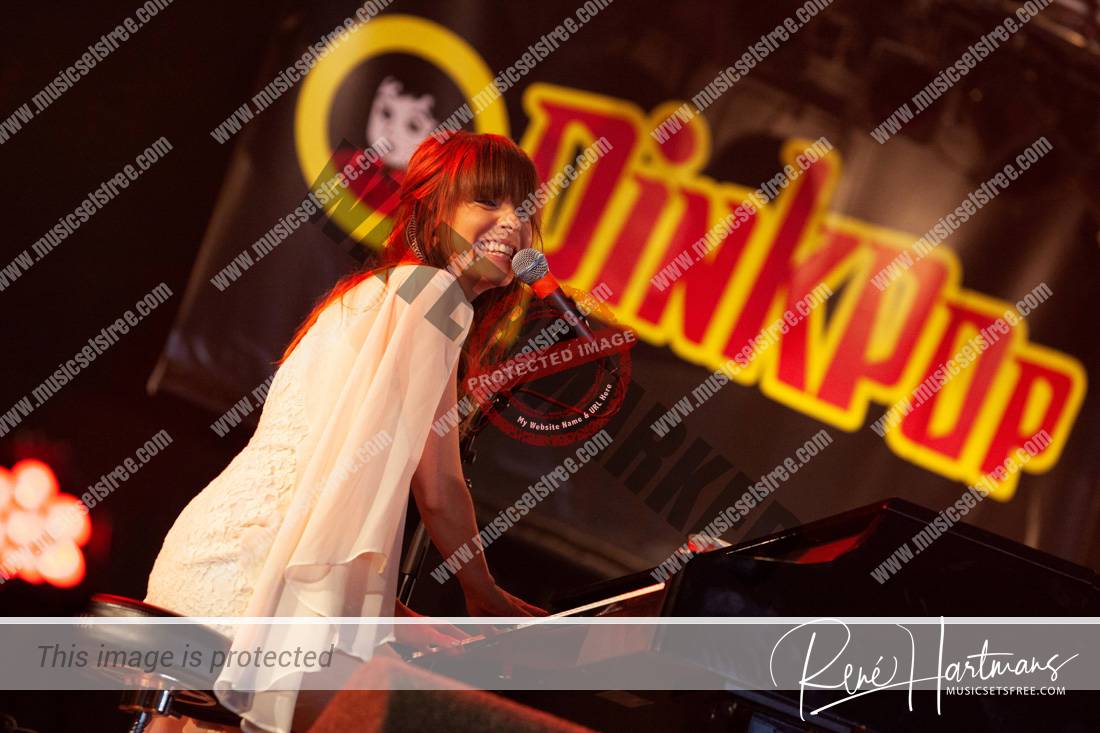 Normally it is always a lot harder to properly photograph a pianist on stage. Why? Usually the artists are hidden behind their piano and they usually place the piano more backwards on the stage, which means that as a photographer you have a bad angle due to the difference in height to be able to photograph them. Fortunately this was not the case with this photo.

Laura Jansen (born 4 March 1977 in Breda) is a Dutch-American musician. Before gaining fame in the Netherlands, Jansen became a fixture in the constellation of artists associated with Los Angeles nightclub Hotel Café – a national launching pad for artists as Sara Bareilles, Priscilla Ahn and Joshua Radin. As daughter of an American mother and Dutch father, Laura has been living in the United States for over 10 years.

Jansen’s debut album Bells, a dreamy collection of piano-driven alt-pop songs, was released on Universal Music in the Netherlands in 2009, on Decca Records in the USA in March 2011 and in the rest of the world in May 2011 on Universal Music Group. Bells has gone platinum in Jansen’s native country the Netherlands, reached a No. 1 position on iTunes and a No. 6 position in the Dutch Album Top 100. Propelled by Single Girls and a cover of Kings of Leon’s Use Somebody, which has spent more than 6 months lodged in the Top 25 on the Dutch singles chart.