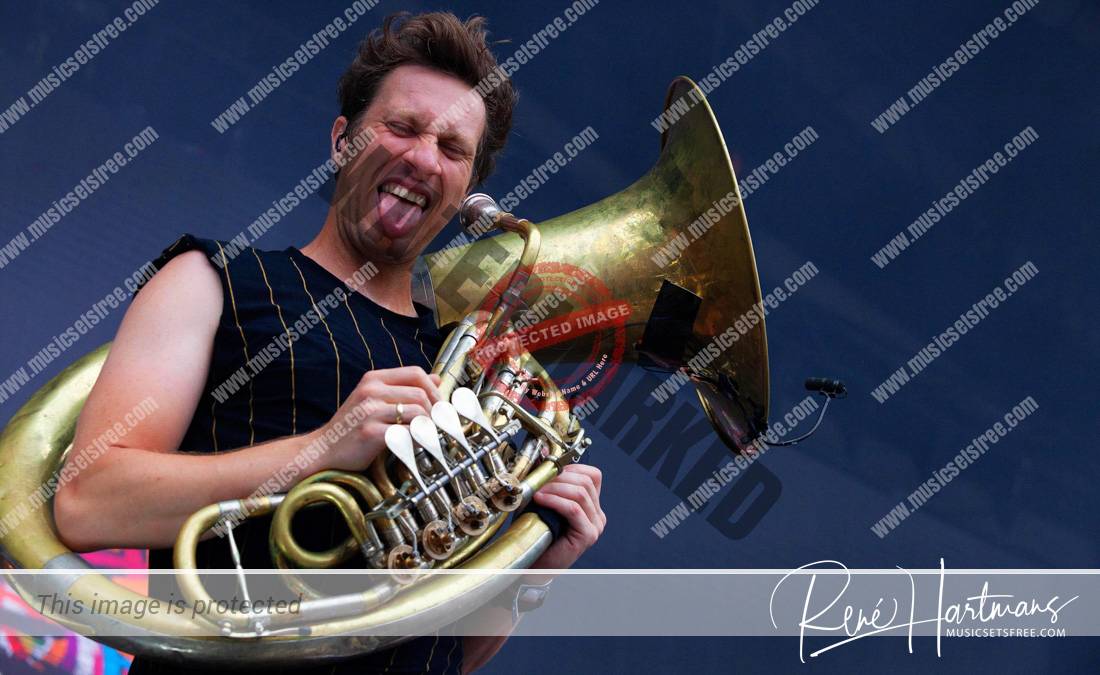 Querbeat is a German brassband, which is active in the Cologne Carnival and became popular with a mix of Carnival-Songs and Samba-rhythms. Since 2016, the band is writing and playing their own songs.

Querbeat was founded in 2001 by Erhard Rau as a school band of the Kardinal-Frings-Gymnasium in Bonn-Beuel. In the first years, the band played on city events mainly in Bonn and the area around Bonn. 2007, they started to play in the Colognian Carnival. Querbeat became known by playing on Carnival sessions of the WDR radio and television and at the proclamation of the Cologne Dreigestirn. In the session 2017/18, the band had 180 gigs.

In November 2010, Querbeat published the first song Colonia Tropical, followed by Allez Olé Alaaf (2011), Stonn op un danz (2012), Hück oder nie (2013) and Nie mehr Fastelovend (2014). The first album Cuba Colonia was released in 2014, which contains Cover versions of famous Carnival songs in latin american style. The first album with own songs was Fettes Q in 2016. Since 2017, this album is available as a live DVD Fettes Q: Live im Palladium. In the same year, the band started their first tour through Germany. On October 12, 2018, the second album Randale & Hurra was released.