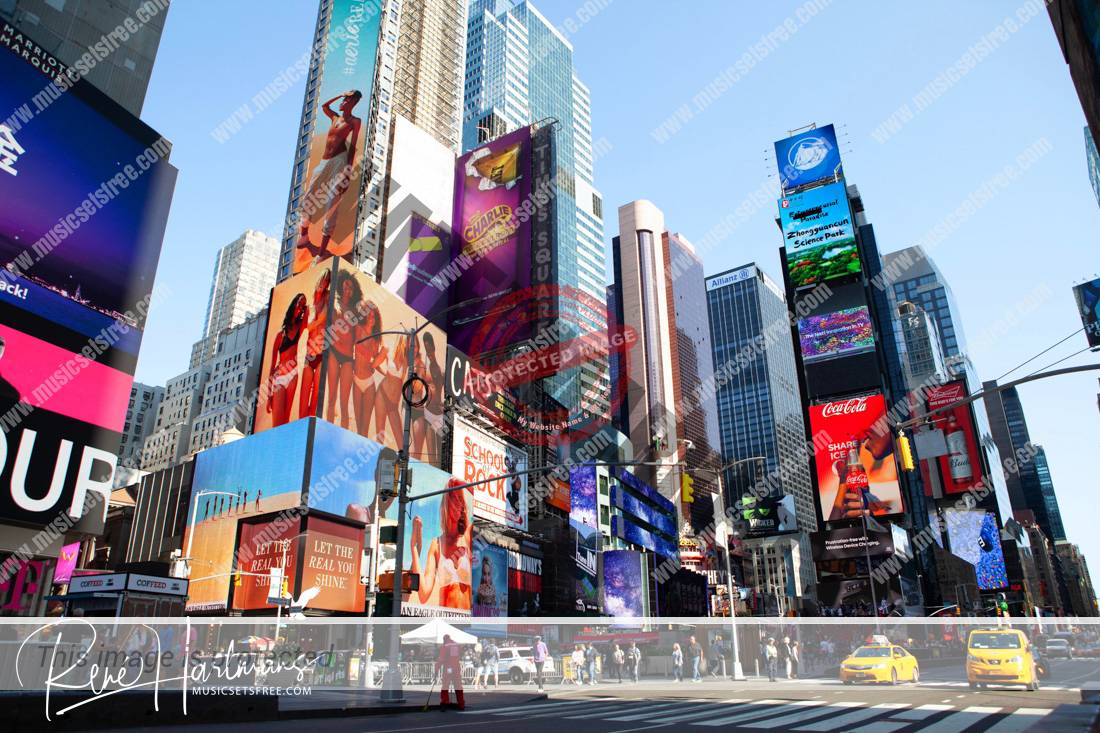 Times Square is a major commercial intersection, tourist destination, entertainment center, and neighborhood in the Midtown Manhattan section of New York City, at the junction of Broadway and Seventh Avenue. Brightly lit by numerous billboards and advertisements, it stretches from West 42nd to West 47th Streets, and is sometimes referred to as “the Crossroads of the World”,”the Center of the Universe”,”the heart of the Great White Way”, and “the heart of the world”. One of the world’s busiest pedestrian areas, it is also the hub of the Broadway Theater District and a major center of the world’s entertainment industry. Times Square is one of the world’s most visited tourist attractions, drawing an estimated 50 million visitors annually. Approximately 330,000 people pass through Times Square daily, many of them tourists, while over 460,000 pedestrians walk through Times Square on its busiest days.

Formerly known as Longacre Square, Times Square was renamed in 1904 after The New York Times moved its headquarters to the then newly erected Times Building, now One Times Square. It is the site of the annual New Year’s Eve ball drop, began on December 31, 1907, which continues to attract over a million visitors to Times Square every year.

Times Square functions as a town square, but is not geometrically a square; it is closer in shape to a bowtie, with two triangles emanating roughly north and south from 45th Street, where Seventh Avenue intersects Broadway. Broadway runs diagonally, crossing through the horizontal and vertical street grid of Manhattan laid down by the Commissioners’ Plan of 1811, and that intersection creates the “bowtie” shape of Times Square.

The southern triangle of Times Square has no specific name, but the northern triangle is called Father Duffy Square. It was dedicated in 1937 to Chaplain Francis P. Duffy of New York City’s U.S. 69th Infantry Regiment and is the site of a memorial to him, along with a statue of George M. Cohan, and the TKTS ticket booth.